After more than year of dedicated research the ViSciPub-team not only published two papers at the IEEE InfoVis, but also won the Best Paper Award at VINCI 2019 in Shanghai.

At InfoVis Zhanglin Cheng presented two papers with research results generated in the course of the ongoing ViSciPub project. His first paper was on “Improving the Robustness of Scagnostics”, and his second focused on a new methodology to create so-called “ShapeWordles”. The first paper was also co-authored by the project leader Michael Sedlmair. 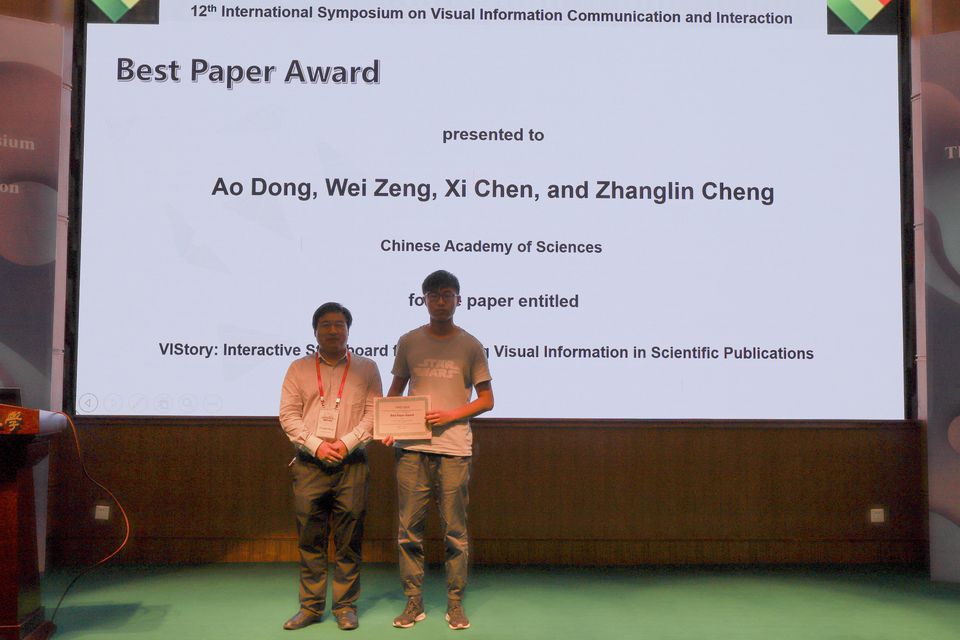 Meanwhile, in Shanghai, Ao Dong presented his paper describing an interactive storyboard for exploration of visual information in scientific publications. For this research he was awarded with the Best Paper Award.

« Summary After Year One